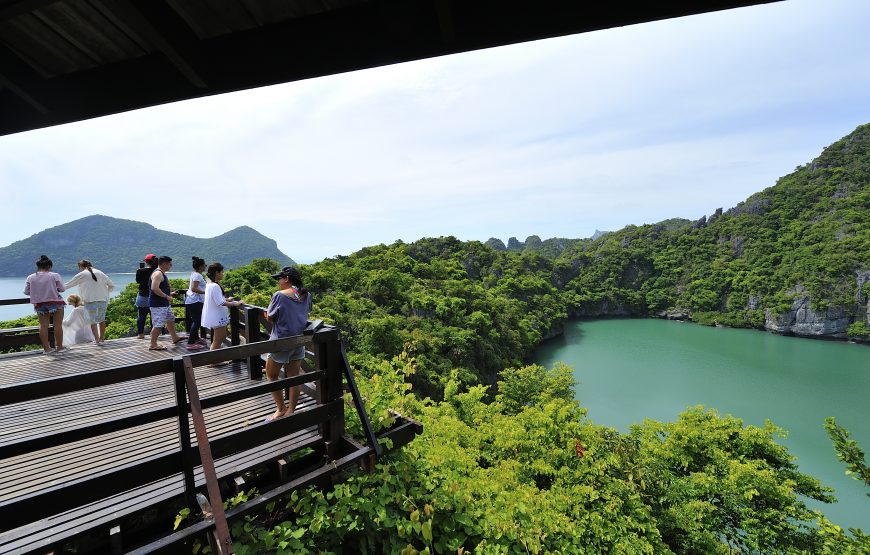 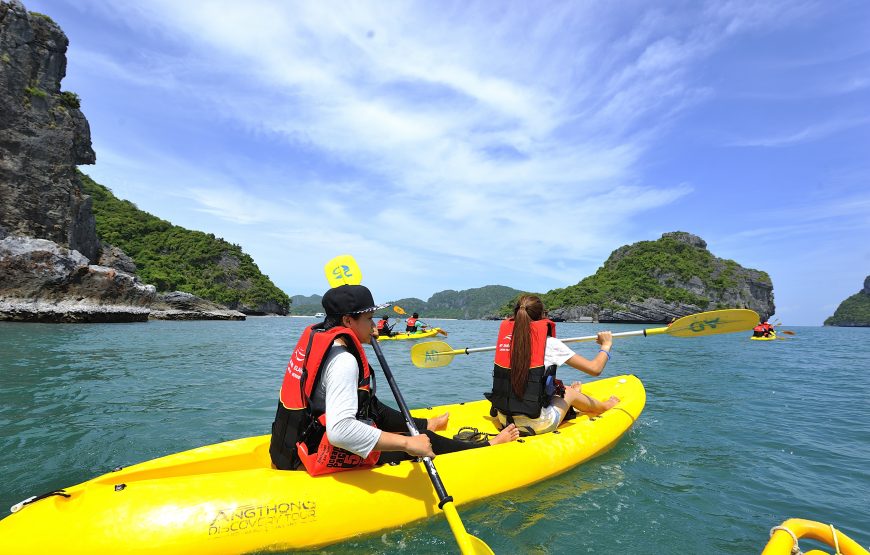 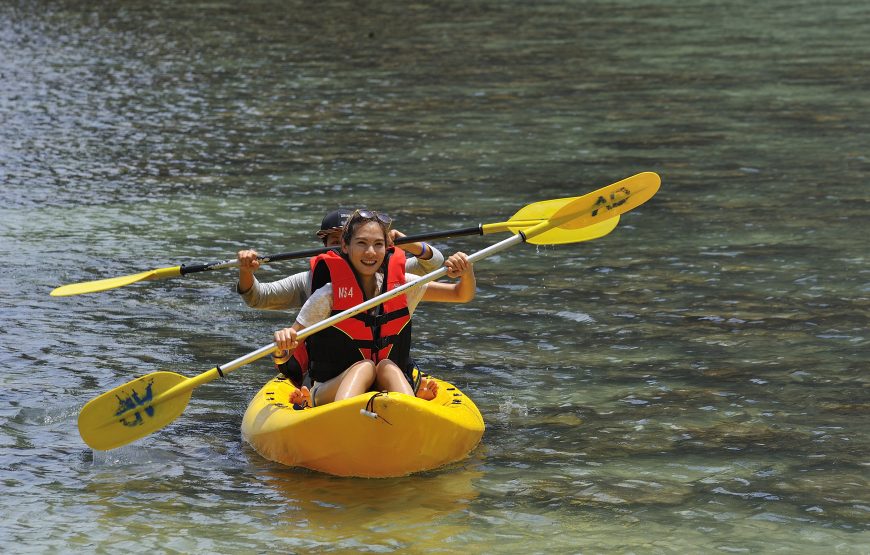 This VIP-Tour to Ang Thong Marine Park features all major sightseeing spots and snorkeling at Angthong Marine National Park.Just as the regular tour but with a quality speed boat and with a maximum of just 22 person on tour. The service an quality is much higher.

The speed boats depart from Bangrak Beach and will reach the Angthong Marine National Park within approx. 60 min crossing time.Once reached the northern region of this magical area you will have chance to snorkel for one hour. Cruise across several of the 42 islands and enjoy the natural beauty of this untouched area. Walk up to the inner sea (emerald lake) with some spectacular views over the National Park. The Angthong National Marine Park inspired Alex Garden to write his best-selling novel on the world’s last untouched paradise, The Beach, which later became the hit movie starring Leonardo Di Caprio.This marvel of nature is a site to behold, and one of the finest sites in all of Thailand. Lunch will be served in a local Fisherman’s Village. After lunch swim and relax on a pristine sandy beach on Ko Paluay where you will also have to possibility to kayak along the coast lines. 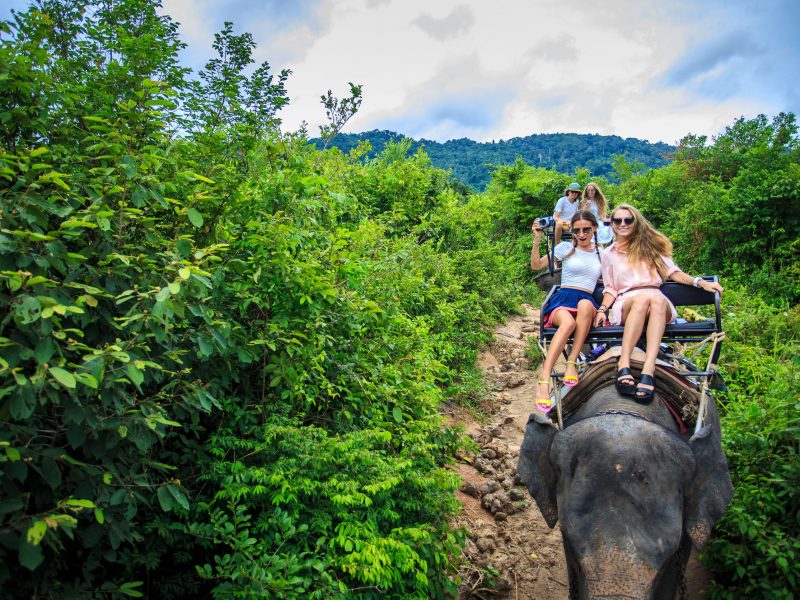